The immune system
What you should know about it

What is the immune system?

The immune system is a set of mechanisms which enable the human body to defend itself against the harmful effects of bacteria, viruses and toxins. Its cells are to be found in the thymus, spleen, lymph nodes, tonsils, intestines and bone marrow. If the immune system is functioning properly, it repels attacks by micro-organisms and halts the development of diseases. However, if its work is disrupted we become defenceless against the dangers of disease – from infections, metabolic and autoimmune disruptions, cancer. 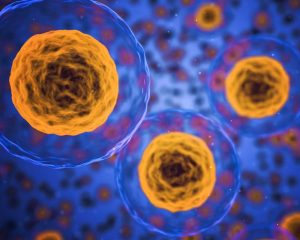 Our immunity level, and thus how often we get ill, depends partly on genes, partly on habits.. There are many factors which can lead to immunity disorders. It is most often the result of neglect – a diet poor in vitamins and minerals, lack of physical activity or lack of attention to hygiene. The body’s defensive systems are also weakened by long-term stress, constant lack of sleep, overuse of antibiotics or excessive use of detergents and antiseptic agents which destroy the natural bacterial flora. A decrease in immunity can also be connected with frequent exposure to air-conditioned rooms and the sudden changes in ambient temperature that this entails

The most typical signs of low immunity include a feeling of constant tiredness and sleepiness, recurring viral infections, skin and digestive problems, bouts of extreme appetite.

The best way to cope with reduced immunity is a permanent change of lifestyle – giving up harmful habits, introducing a balanced diet and regular exercise. Healthy, regenerating sleep of a length that matches your individual needs will certainly also help to restore immunity. The appropriate supplementation will also provide additional help in reinforcing a weakened body.

More information about the immunity in the knowledge base